Some Stuff About Anxiety

Last week I had a realization about sources of anxiety. There are sources of worry a-plenty, of course, especially if you are wound a little tight and prone to anxiety, like I can be. My realization was about differentiating internal sources of worry - about life choices and things I can control in my own world, and recognizing when a sense of anxiety comes from inside, and when I am internalizing things that I sense or hear about from outside. 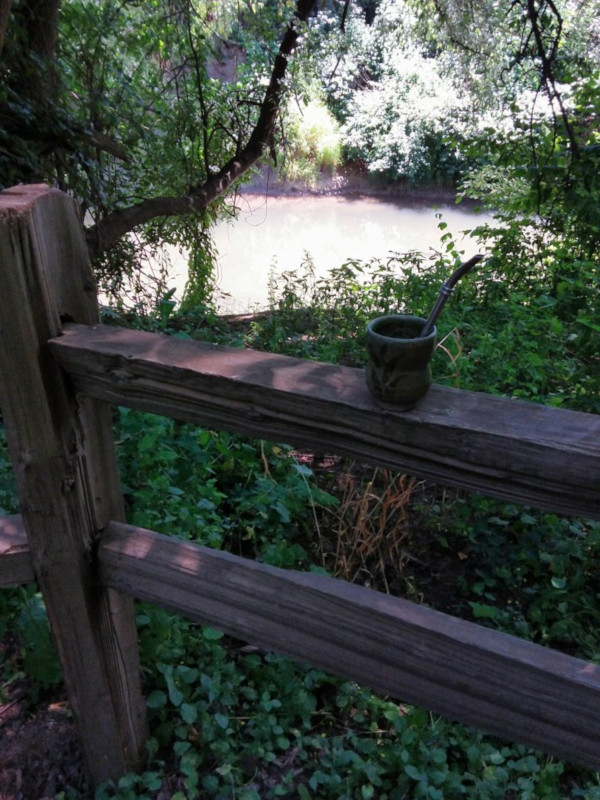 One of my many theories is that one great way to make something hang up in a person's mental space and not clear out or come to light is to take on an idea from an outside source. An example: Feeling a sense of or guilt about something, and it just hangs around for ages, and won't let go in spite of examination of the subject. Only to realize eventually that somebody else said you should feel guilty about it, and you agreed and took it on, but it wasn't genuinely your own opinion. Cultural stuff is nasty about this. Body issues, things we're "supposed to" do, ways we're "supposed to" be happy, so on and so on.

Not to mention empathic factors. I believe we are all connected and that the state of the beings around us effect us. We feel it. It's obvious when it's someone in the same room, but less obvious when it's people or events further away. But these all effect our state of being on some level.

For one thing, can you imagine the weight that would be lifted if we didn't live in a country that was endlessly at war? (https://www.globalresearch.ca/america has been at war 93 of the time 222 out of 239 years since 1776) Or if we didn't have to live with the knowledge of countless instances of human suffering going on in the world? That is knowledge as well as intuition. But they both influence our mental state.

So the point is, I realized last week that I was taking on the weight of outside worry. Between the news and the knowledge of trauma being inflicted on innocent immigrants seeking safety at the border, attacks on our democracy from within and without, wars in the Middle East, and on and on. Realizing that I was taking this on from outside sources doesn't mean I'm not concerned about these things. What it does do is clarify that my life is not immediately restricted by those events, and let me live more freely in the moment.

Another reason this is subversive: With fear comes paralysis. It's the old "Fight, flight or freeze" mechanism. So, even if there are valid things to worry about, worrying and then having anxiety/insecurity can cause inaction and withdrawal from life. Which is fundamentally unproductive. So, just because a concern is valid, doesn't mean that anxiety about it is helpful. Justified, maybe, but not practical. So finding any way to unravel that anxiety and get into a more productive, practical place is valid.

It's the old practical truth versus absolute truth conundrum. Believing or acting on what's most practical rather than what's most true. And some of it we just can't know. How will things turn out? How much "hope" is there? I have no idea. But any mindset that helps things move forward is preferable to a mindset that leads to inaction, which contributes to a less awesome future. If that means that you believe that the ghost of your childhood pet hamster is helping you to succeed, that's fine with me. Can I prove he's not? No. So rock on. Mind you, I'm not advocating delusion, I'm advocating practicality, which can include faith.

In my life, this translates to making some protected space for my own self. Take some calming herbs, pull my attention out of the news papers with some breaks from the media, having some meditation time and forest time. And just recognizing that it happens was a huge release and brought some clarity.

It all helps. Because I have work to do in the world, as do you, and I don't want to lose my mojo to worrying about things I can't change. And a well me and you can change a lot more than a freaked out me and you. I guess that's all I have to say about it.